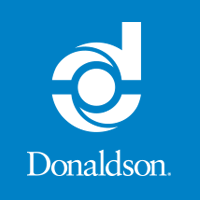 What are the highest paying jobs at Donaldson Company?

Donaldson Company, Inc. is a vertically integrated filtration company engaged in the production and marketing of air filters used in a variety of industry sectors, including commercial/industrial, aerospace, chemical, alternative energy and pharmaceuticals. Also the company's research division, located in Minneapolis, Minn., participated in defense-related projects for various military applications.

As a multinational company it operates in Belgium, Mexico, China, UK, Thailand, USA, Russia, Japan, Italy, Germany and France. In fiscal year 2016 20.3% of sales came from business in the Asia-Pacific region, 28.5% from Europe and 42.2% from the US. The company also makes aftermarket parts.

There was significant growth in the size of the company in terms of market value in 2009, going from about $2 billion at the start of the year to $3.26 billion in May 2010. Although sales were steady between 2007 and 2010 long term debt rose 98.6% over that period; Long term debt increased 44% in 2008 and remained near that level until January 2011 when it fell 17% quarter to quarter. No single customer contributes more than 10% of revenue.

The company has been recognized for innovations made in air filter technology. It has also participated in technological advancements associated with fuel cells.

Donaldson Company Job Search in US and Canada

View All Frankfort, IN Jobs

View All Anderson, IN Jobs