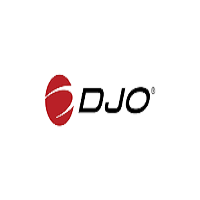 What are the highest paying jobs at DJO Global?

DJO is a medical device company that produces a variety of orthopedic products for rehabilitation, pain management and physical therapy. It has multiple divisions including Bracing & Supports, Surgical, Footcare, Healthcare Solutions, Recovery, and Consumer.

A company with a history of unique product development coupled with strategic acquisitions and mergers, DJO has more than five thousand employees in more than a dozen facilities around the world.

DJO began in 1978 as DonJoy, a small company founded in a Carlsbad, California garage by the Philadelphia Eagles’ offensive line captain, Mark Nordquist and a local lawyer, Ken Reed. Together they named their new company after their wives, Donna and Joy.

DonJoy continued to grow. In 1999, the DonJoy management team arranged a leveraged buyout, changed the name from DonJoy to DJ Orthopedics, and took the company public again in 2001. Over the next several years, the company acquired all or part of seven new companies.

DJO Global Job Search in US and Canada

8 high paying remote jobs you can get right now (and how to get hired there)
Sara London
7 ways to manage the effects of job search fatigue
Rolf Bax
Have you been the victim of 1 of these 7 cases of wrongful termination?
AnnaMarie Houlis
Ladders / Company / DJO Global