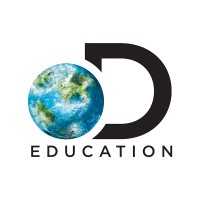 What are the highest paying jobs at Discovery Education?

Discovery, Inc. is an American multinational mass media factual television company based in New York City. Established in 1985, the company primarily operates a group of factual and lifestyle television brands, such as the namesake Discovery Channel, Animal Planet, Science Channel, and TLC. In 2018, the company acquired Scripps Networks Interactive, adding networks such as Food Network, Asian Food Network, HGTV, and Travel Channel to its portfolio. Since the purchase, Discovery has described itself as serving members of "passionate" audiences, and has also placed a larger focus on streaming services built around its properties, such as Discovery+.

In May 2021, AT&T announced that it had proposed a merger between Discovery, Inc. and its media subsidiary WarnerMedia, which would be spun off into a new publicly-traded company to be known as Warner Bros. Discovery. The transaction is subject to regulatory and shareholder approval.

Discovery Education Job Search in US and Canada

What jobs can you get with a business degree?
Kattie Thorndyke
How to answer “What’s your desired salary?” (with 8 best responses)
Jessica Li
You have a “great” job offer… now what?
Kayla Duperreault
Ladders / Company / Discovery Education