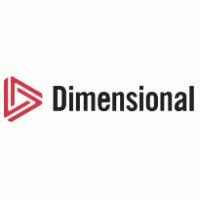 What are the highest paying jobs at Dimensional?

Dimensional Fund Advisors, L.P. is a private investment firm headquartered in Austin, Texas. Dimensional was founded in Chicago in 1981 by David Booth, Rex Sinquefield and Larry Klotz. The company has affiliates within 13 offices in the U.S., Canada, U.K., Germany, Netherlands, Australia, Singapore, and Japan. Dimensional maintains U.S. offices in Charlotte, North Carolina and Santa Monica, California and has affiliate offices globally. The company is owned by its employees, board members and outside investors.

The company’s founders studied at the University of Chicago under Eugene Fama and Kenneth French. DFA's investment strategy is based on application of the efficient market hypothesis. Dimensional was one of the earliest firms to offer passive investing and "runs the oldest small-cap index fund" in the United States, but their versions of index funds skew towards smaller company stocks and value stocks, and thus operate differently from most index funds, which results in regulators and some analysts considering these to be actively manged funds. The company offers equity and fixed income mutual funds and repackaged funds as Exchange-traded funds.

Dimensional Job Search in US and Canada

Top Jobs at Dimensional by City

View All Pembroke, ME Jobs

Everything you need to know about becoming an endodontist
Ashley Jones
Looking for a job? Watch out for these 4 insane new hire perks
Sara London
Here’s why healthcare banking is the hottest job trend right now
Ryan Luke
Ladders / Company / Dimensional