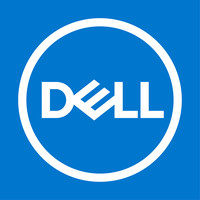 What are the highest paying jobs at Dell?

Dell is an American multinational computer technology company that develops, sells, repairs, and supports computers and related products and services. Named after its founder, Michael Dell, the company is one of the largest technology corporations in the world, employing more than 165,000 people in the U.S. and around the world. It is one of the biggest PC product companies in the world.

Dell was listed at number 51 in the Fortune 500 list, until 2014. It is the world's 3rd largest personal computer vendor by unit sales as of January 2021, following Lenovo and HP Inc.. Dell is the largest shipper of PC monitors worldwide. Dell is the sixth-largest company in Texas by total revenue, according to Fortune magazine. It is the second-largest non-oil company in Texas and the largest company in the Greater Austin area. After going private in 2013, the newly confidential nature of its financial information prevents the company from being ranked by Fortune. It was a publicly traded company, as well as a component of the NASDAQ-100 and S&P 500, until it was taken private in a leveraged buyout which closed on October 30, 2013.

Dell Job Search in US and Canada

Top Jobs at Dell by City

View All Round Rock, TX Jobs