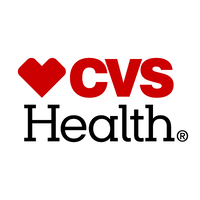 What are the highest paying jobs at CVS Health?

Caremark was founded in 1993 in Birmingham, Alabama as MedPartners, Inc. by HealthSouth Corporation and several members of the HealthSouth executive team as a physician practice management company. New Enterprise Associates was also an early investor. After going public in February 21 of 1995, MedPartners quickly became the largest PPM company through many acquisitions. By 1998 MedPartner's had revenues of $7 billion.

In October 1997, PhyCor, announced they would be acquiring MedPartners for $8 billion in stock and assumed debt. However, the merger agreement was terminated in January 1998. The companies cited significant operational and strategic differences as the reason for the termination of the merger. MedPartners then announced that they would suffer a net loss of $841 million for the 4th quarter of 1997. In January 1998, Chairman, President and CEO Larry House left the company and Richard Scrushy took over as chairman and acting CEO of the company. On March 18, 1998, Edwin "Mac" Crawford became the new president and CEO of MedPartners. After taking over, Crawford announced that MedPartners was exiting its PPM business and refocusing on its PBM business. In 2000, MedPartners changed its name to Caremark Rx.

CVS Health Job Search in US and Canada