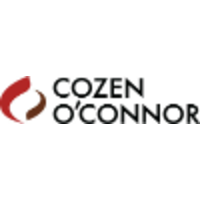 What are the highest paying jobs at Cozen OConnor?

Cozen O'Connor P.C. is an international law firm based in Center City Philadelphia, Pennsylvania. The firm was ranked 84th on the AmLaw 100 Survey in 2018, 107th on the Global 200, 1st in the nation in The American Lawyer in its Midlevel Associates Satisfaction Survey in 2017, and ranked 79th on the National Law Journal's list of the 500 Largest American Law Firms in 2017. Although the firm was founded in 1970, it has pursued a strategy of aggressive growth, and has expanded to more than 665 lawyers in 25 cities across two continents.

Cozen O'Connor is one of many large law firms providing counsel to the detainees at the Guantanamo Bay detention camp.

Cozen OConnor Job Search in US and Canada

Get paid to dream at work: This company will pay you to nap
Sara London
The average salary of a Chipotle general manager is $100K — and they’re hiring
Kyle Schnitzer
Amazon is now hiring 75K workers — and offering some $1K bonuses
Kyle Schnitzer
Ladders / Company / Cozen OConnor