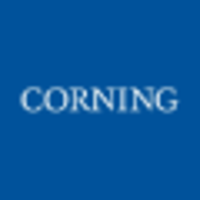 What are the highest paying jobs at Corning Incorporated?

Corning Incorporated is an American multinational technology company that specializes in specialty glass, ceramics, and related materials and technologies including advanced optics, primarily for industrial and scientific applications. The company was named Corning Glass Works until 1989. Corning divested its consumer product lines in 1998 by selling the Corning Consumer Products Company subsidiary to Borden, but still holds an interest of about 8 percent.

As of 2014, Corning had five major business sectors: display technologies, environmental technologies, life sciences, optical communications, and specialty materials. Corning is involved in two joint ventures: Dow Corning and Pittsburgh Corning. Quest Diagnostics and Covance were spun off from Corning in 1996. Corning is one of the main suppliers to Apple Inc. since working with Steve Jobs in 2007 to develop the iPhone; Corning develops and manufactures Gorilla Glass, which is used by many smartphone makers. It is one of the world's biggest glassmakers. Corning won the National Medal of Technology and Innovation four times for its product and process innovations.

Corning Incorporated Job Search in US and Canada