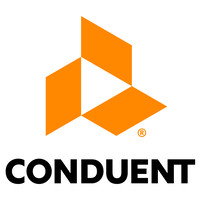 What are the highest paying jobs at Conduent?

Conduent Inc. is an American business process services company headquartered in Florham Park, New Jersey. It was formed in 2017 as a divestiture from Xerox. The company offers digital platforms for businesses and governments. As of 2020, it has 68,000 employees working across 40 countries.

On 5 June 2016, Xerox announced that it would be spinning off its Xerox Business Services division into a wholly separate corporation, for which the name was yet to be determined. The business scope of the new company was generally understood to be essentially identical to that of former business services company Affiliated Computer Services, which Xerox had acquired six years earlier in 2010.

On 6 October 2016, having previously announced its intent to separate into two separate companies, Xerox announced the identity of the new business services company as Conduent. It described the company's "coined name" as "inspired by the company's expertise in managing transactional relationships between their clients and their constituents".

On 3 January 2017, Conduent formally came into existence following its separation from Xerox. At the end of the first quarter of 2017, Carl Icahn owned 9.7% of the company.

In February 2019, Conduent sold some of its customer care contracts to Skyview Capital, which created a new business called Continuum Global Solutions LLC.

Conduent Job Search in US and Canada

Top Jobs at Conduent by City