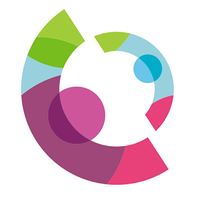 What are the highest paying jobs at Cincinnati Childrens Hospital Medical Center?

Cincinnati Childrens Hospital Medical Center (CCHMC) is a 598-bed pediatric hospital located in Cincinnati, Ohio. It is ranked third among all Honor Roll hospitals in the 2016 U.S. News & World Report survey of best childrens hospitals. It is home to the countrys busiest pediatric emergency department, performs the second largest number of surgical procedures at a childrens hospital in the nation, and is Southwest Ohios only Level I pediatric trauma center. Cincinnati Childrens receives the third-most NIH funds of any pediatric institution in the United States. The pediatric residency training program at Cincinnati Childrens is among the largest in the country, training approximately 130 graduate physicians each year. Cincinnati Childrens is home to a large neonatology department that oversees newborn nurseries at local hospitals and the medical centers own 59-bed Level IV Newborn Intensive Care Unit. In June 1883, a meeting of women from parish communities around Cincinnati established a mission to create a Diocesan Hospital for Children. On November 16, 1883, the "Hospital of the Protestant Episcopal Church" of the Diocese of Southern Ohio was incorporated. The original articles of incorporation included the following statement: "This corporation is not created for profit, but will rely for its establishment and support on the voluntary gifts and contribution of the charitable and humane, and therefore is to have no capital stock."

5 ways to close an interview that make you unforgettable to the hiring manager
Steve Adcock
If you’ve been out of work for 3 months or longer, this is how you should approach the job search
Steve Adcock
Does team chemistry actually exist?
Jamey Austin
Ladders / Company / Cincinnati Childrens Hospital Medical Center