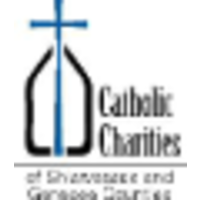 What are the highest paying jobs at Catholic Charities?

Catholic Charities is a network of charities with headquarters in Alexandria, Virginia. In 2005 Forbes magazine ranked it as the fifth largest charity in the United States in terms of total revenue. The organization serves millions of people a year, regardless of their religious, social, or economic backgrounds. In 2019, 12 million persons were served at more than 2600 locations. Next to the federal government, Catholic Charities is the largest US social-safety-net provider.

Their motto is "Working to reduce poverty in America". Their mission statement is "The mission of Catholic Charities is to provide service to people in need, to advocate for justice in social structures, and to call the entire church and other people of good will to do the same."
Total value of jobs:
$6,240,000
Average Pay:
$75,180
Total Experts:
5
% Masters:
46%

How to answer “What’s your desired salary?” (with 8 best responses)
Jessica Li
You have a “great” job offer… now what?
Kayla Duperreault
Do personality tests make it harder to hire the right person?
Sara London
Ladders / Company / Catholic Charities