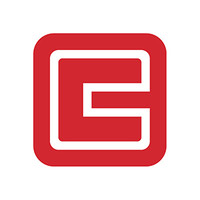 What are the highest paying jobs at Cathay General Bancorp?

Cathay General Bancorp is the holding company for Cathay Bank, a California state-chartered bank. In 1962, Cathay Bank opened for business with the mission of providing financial services to the growing but underserved Chinese-American community in the greater Los Angeles area, thus becoming the first Chinese-American bank in Southern California. Recognizing that the community it served was part of a more diverse one, Cathay Bank adopted the motto “An Open Door for All.” Its rapid expansion was fueled by successive waves of immigration, burgeoning trade between America and Asia, and the economic development of the surrounding community.

Today, Cathay Bank is a subsidiary of Cathay General Bancorp, a publicly held bank holding company with over $14.5 billion in assets as of December 31, 2016. Its service network extends from California and Washington on the West Coast and Nevada, Texas, and Illinois, and New York, New Jersey, Maryland, and Massachusetts on the Eastern Seaboard. Overseas, it has a presence in the three important commercial centers in Greater China—Hong Kong, Shanghai, and Taipei.

Cathay General Bancorp Job Search in US and Canada

America falls way short, adds fewer jobs than expected in April
Kyle Schnitzer
Everything you need to know about becoming a dermatologist
Ashley Jones
These US cities will pay up to $20,000 for you to relocate—but there’s always a catch
Benjamin Lorber
Ladders / Company / Cathay General Bancorp