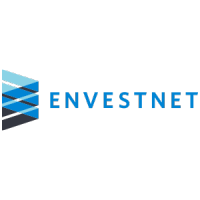 What are the highest paying jobs at Envestnet?

Envestnet was founded by Jud Bergman in 1999, with Bill Crager as co-founder. The company's initial public offering of stock filed on the NYSE and went public on 28 July 2010. It priced at $9; at the bottom of the range of $9–$10. The major underwriters were Morgan Stanley, UBS AG, and Barclays. The company raised $63M by selling 7 million shares.

In August 2015, Envestnet acquired Yodlee, a cloud-based data analytics company that provides account aggregation and various financial software, for $660 million. In the same year, Envestnet also acquired online investment platform Upside in February and financial-planning software provider Finance Logix in May. Envestnet stated that their main goal was to drive the acquisitions to provide a full suite of technology offerings for financial advisers.

In November 2017, the company introduced a redesigned Tamarac platform.

Bergman and his wife, 57-year-old Mary Miller, were killed on October 3, 2019, when a 34-year-old woman crashed her Volkswagen into the taxi they were riding on Highway 101 in San Francisco, California. The woman, 34-year-old Emilie Ross, and the taxi driver, 42-year-old Berkant Ramadan Ahmed, were also killed in the crash. Ross was allegedly under the influence of alcohol and driving on the wrong side of the highway. Crager took over as interim chief executive officer.

Envestnet Job Search in US and Canada

Top Jobs at Envestnet by City

America falls way short, adds fewer jobs than expected in April
Kyle Schnitzer
Everything you need to know about becoming a dermatologist
Ashley Jones
These US cities will pay up to $20,000 for you to relocate—but there’s always a catch
Benjamin Lorber
Ladders / Company / Envestnet