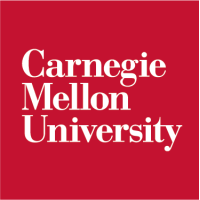 What are the highest paying jobs at Carnegie Mellon University?

The university has seven colleges and independent schools, all of which offer interdisciplinary programs: the College of Engineering, College of Fine Arts, Dietrich College of Humanities and Social Sciences, Mellon College of Science, Tepper School of Business, H. John Heinz III College of Information Systems and Public Policy, and the School of Computer Science.

Carnegie Mellon University Job Search in US and Canada

Use this thank you email after a phone interview to secure your next offer
Capitol Standard Staff
If you’re over 50, these are the industries that will be hiring the most
Kyle Schnitzer
Everything you need to know about becoming a lobbyist
Meredith Schneider
Ladders / Company / Carnegie Mellon University