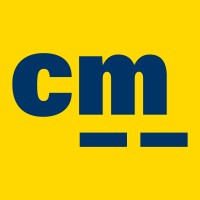 What are the highest paying jobs at CarMax?

CarMax is America's largest used-car retailer and a Fortune 500 company. The corporate entity behind the formation of CarMax was Circuit City Stores, Inc. The first CarMax used-car store opened in September 1993, 1.7 miles from Circuit City's corporate offices in Richmond, Virginia. As of March 23 2021, CarMax operated 224 locations.

While CarMax stores focus on marketing used vehicles, the company acquired its first new car franchise with Chrysler Corporation in 1996. By 1999, it added new vehicle franchises for Mitsubishi Motors, Toyota, and Nissan as well. As of November 2018, the only CarMax new vehicle dealerships that remain are the two Toyota stores located in Kenosha, Wisconsin and Laurel, Maryland.

The concept for CarMax was developed by Circuit City executives under then-CEO Richard L. Sharp. It was developed for nearly a year in 1991, using the code name "Project X", and was also known as "Honest Rick's Used Cars" to those intimately involved in the skunk works team. The concept was actually first proposed by Ronald L. Moore of Richmond, Virginia, a consultant hired by Circuit City to evaluate possible business opportunities beyond the scope of their consumer electronics locations.

Prior to the first store being built, DeVito/Verdi was hired as the advertising agency and creative resource. The company executed the campaign and additional TV advertisements over the course of a number of years in support of the launch and the initial wave of stores.

CarMax Job Search in US and Canada

Top Jobs at CarMax by City

America falls way short, adds fewer jobs than expected in April
Kyle Schnitzer
Everything you need to know about becoming a dermatologist
Ashley Jones
These US cities will pay up to $20,000 for you to relocate—but there’s always a catch
Benjamin Lorber
Ladders / Company / CarMax