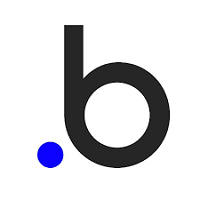 What are the highest paying jobs at Bubble?

The South Sea Company was a British joint-stock company founded in January 1711, created as a public-private partnership to consolidate and reduce the cost of the national debt. To generate income, in 1713 the company was granted a monopoly to supply African slaves to the islands in the "South Seas" and South America. When the company was created, Britain was involved in the War of the Spanish Succession and Spain and Portugal controlled most of South America. There was thus no realistic prospect that trade would take place, and as it turned out, the Company never realised any significant profit from its monopoly. However, Company stock rose greatly in value as it expanded its operations dealing in government debt, and peaked in 1720 before suddenly collapsing to little above its original flotation price. The notorious economic bubble thus created, which ruined thousands of investors, became known as the South Sea Bubble.

The Bubble Act 1720, which forbade the creation of joint-stock companies without royal charter, was promoted by the South Sea Company itself before its collapse.

In Great Britain, many investors were ruined by the share-price collapse, and as a result, the national economy diminished substantially. The founders of the scheme engaged in insider trading, by using their advance knowledge of the timings of national debt consolidations to make large profits from purchasing debt in advance. Huge bribes were given to politicians to support the Acts of Parliament necessary for the scheme. Company money was used to deal in its own shares, and selected individuals purchasing shares were given cash loans backed by those same shares to spend on purchasing more shares. The expectation of profits from trade with South America was talked up to encourage the public to purchase shares, but the bubble prices reached far beyond what the actual profits of the business could justify.

Bubble Job Search in US and Canada

Top Jobs at Bubble by City

Have you been the victim of 1 of these 7 cases of wrongful termination?
AnnaMarie Houlis
The job market is looking shockingly good for the Class of 2021
CW Headley
These are the 50 best companies in the world to work for right now
Kyle Schnitzer
Ladders / Company / Bubble