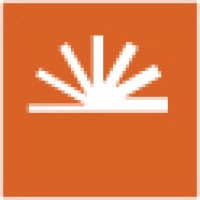 What are the highest paying jobs at Bruce Power L.P.?

Bruce Power Limited Partnership is a Canadian business partnership composed of several corporations. It exists as a partnership between TC Energy, BPC Generation Infrastructure Trust, the Power Workers Union and The Society of United Professionals. It is the licensed operator of the Bruce Nuclear Generating Station, located on the shores of Lake Huron, roughly 250 kilometres northwest of Toronto, between the towns of Kincardine and Saugeen Shores. This is the largest operating nuclear plant in the world by output.

Bruce Power operates eight nuclear reactors on Lake Huron where it leases the Bruce site from Ontario Power Generation. With those eight units in operation, the facility has a capacity of 6,400 megawatts and typically supplies nearly 30 per cent of the electricity used in Ontario's provincial power grid. Bruce Power became the world's largest operating nuclear facility in 2012, when Units 1 and 2 returned to operation after a multibillion-dollar refurbishment project. This achievement returned the site to full operating capacity for the first time in 17 years.

Bruce Power L.P. Job Search in US and Canada

Everything you need to know about becoming an accountant
Olivia Kelley
You’ll be ‘ghosted’ by recruiters if you don’t do these 5 things
Ryan Luke
15 of the greatest government jobs (with the best benefits)
Marjolein Dilven
Ladders / Company / Bruce Power L.P.