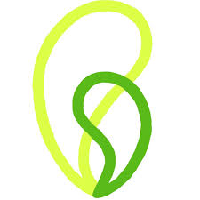 What are the highest paying jobs at Bowery Farming?

The Bowery is a street and neighborhood in the southern portion of the New York City borough of Manhattan. The street runs from Chatham Square at Park Row, Worth Street, and Mott Street in the south to Cooper Square at 4th Street in the north. The eponymous neighborhood runs roughly from the Bowery east to Allen Street and First Avenue, and from Canal Street north to Cooper Square/East Fourth Street. The neighborhood roughly overlaps with Little Australia. To the south is Chinatown, to the east are the Lower East Side and the East Village, and to the west are Little Italy and NoHo. It has historically been considered a part of the Lower East Side.

In the 17th century, the road branched off Broadway north of Fort Amsterdam at the tip of Manhattan to the homestead of Peter Stuyvesant, director-general of New Netherland. The street was known as Bowery Lane prior to 1807. "Bowery" is an anglicization of the Dutch bouwerie, derived from an antiquated Dutch word for "farm": In the 17th century the area contained many large farms.

The New York City Subway's Bowery station, serving the BMT Nassau Street Line, is located close to the Bowery's intersection with Delancey and Kenmare Streets. There is a tunnel under the Bowery once intended for use by the proposed, but never built, New York City Subway services, including the Second Avenue Subway. The M103 bus runs on the entire Bowery.

Bowery Farming Job Search in US and Canada

Is this the worst job interview question? The internet seems to think so.
CW Headley
These are the 15 highest-paying psychology jobs
Hailey Hudson
6 jobs that prepare you for side hustle success
Kyle Young
Ladders / Company / Bowery Farming