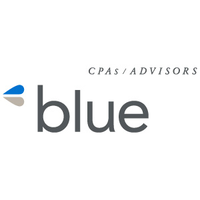 What are the highest paying jobs at Blue & Co?

Blue Star Limited is an Indian Multinational company specialising in designing, developing, manufacturing and marketing a wide variety of products in the air conditioning and commercial refrigeration industry and is headquartered in Mumbai, India. It is the country's second largest homegrown player in the air conditioning space.

Blue Star was founded in 1943 by Mohan T Advani as a reconditioning company. Soon after inception, Blue Star ventured into the manufacturing of ice candy machines and bottle coolers and began the design and execution of central air conditioning projects, followed by the manufacturing of water coolers. The company later expanded into new product lines and began exporting to Dubai. It went public in 1969 with an initial public offering, listing on the Bombay Stock Exchange. In the late 2000s, Blue Star ventured into the electrical, plumbing and fire-fighting contracting businesses, offering customers an integrated mechanical, electrical, and plumbing solution. It then forayed into the residential air conditioning segment a few years later, along with entering the water and air purification segments as well as the engineering facility management space recently.

Blue Star has four manufacturing plants, which are located in Dadra, Kala Amb, Wada, and Ahmedabad. In addition, the company is currently in the process of setting up a plant in Sri City.
Total value of jobs:
$450,000
Average Pay:
$225,000

8 high paying remote jobs you can get right now (and how to get hired there)
Sara London
7 ways to manage the effects of job search fatigue
Rolf Bax
Have you been the victim of 1 of these 7 cases of wrongful termination?
AnnaMarie Houlis
Ladders / Company / Blue & Co