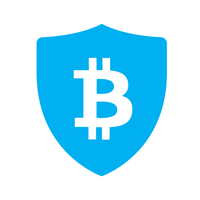 What are the highest paying jobs at BitGo?

BitGo is a digital asset trust company and security company, headquartered in Palo Alto, California. It was founded in 2013 by Mike Belshe and Ben Davenport.

The company offers a multisignature bitcoin wallet service, where keys are divided among a number of owners to manage risk. Generally, BitGo wallets have three keys: one held by BitGo, and two held by the wallet's owner. Wallets can be configured in both hot and cold configurations, as well as non-custodial and custodial configurations.

BitGo also serves as the sole custodian for bitcoin that people deposit to receive a tokenized form of that bitcoin known as Wrapped Bitcoin or WBTC that can be exchanged on the Ethereum blockchain.

In June 2014 the company received US$12 million in venture capital funding led by Redpoint Ventures.

In January 2015 BitGo announced the general availability of their Platform API. The following month the company bought an insurance policy from XL Catlin against theft from its wallets.

In June 2015 the company launched the Verified by BitGo program, a "proof of reserve" service for bitcoin companies.

On August 2, 2016, Bitfinex, a digital currency exchange using BitGo software, announced it had suffered a security breach. BitGo was not itself hacked, but processed withdrawal requests from the hacker, who had obtained access to Bitfinex's keys.

BitGo Job Search in US and Canada

Top Jobs at BitGo by City

Have you been the victim of 1 of these 7 cases of wrongful termination?
AnnaMarie Houlis
The job market is looking shockingly good for the Class of 2021
CW Headley
These are the 50 best companies in the world to work for right now
Kyle Schnitzer
Ladders / Company / BitGo