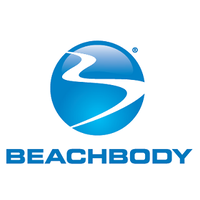 What are the highest paying jobs at Beachbody, LLC?

The Beachbody Company is a publicly traded American fitness and media company based in Santa Monica, California. It operates the brands Beachbody On Demand, Team Beachbody and Openfit. The company also sells "superfoods" and other dietary supplements such as Shakeology and Beachbar through direct response infomercials and multi-level marketing via independent Team Beachbody "coaches" who serve as sales consultants.

In 2015, it released a 'Netflix for fitness' streaming service of all exercise workout DVDs known as Beachbody On Demand. The service has reported 2 million subscribers and received more than half a million new subscribers during the first 3 months of the COVID-19 pandemic. In 2019, the company introduced a nutrition programming and tracking app with live workouts called Openfit.

Beachbody, LLC Job Search in US and Canada

6 jobs that prepare you for side hustle success
Kyle Young
This is what work will look like in 2030, and it isn’t pretty
Kyle Schnitzer
The 7 highest-paying entry-level jobs
Hailey Hudson
Ladders / Company / Beachbody, LLC