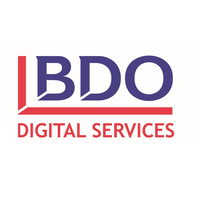 What are the highest paying jobs at BDO Digital?

BDO or Binder Dijker Otte is an international network of public accounting, tax, consulting and business advisory firms which perform professional services under the name of BDO. As of 2020, BDO has member firms in 167 countries, employs around 91,000 partners and staff in over 1,658 offices throughout the world, and is the fifth largest accounting network globally.

Global fee income of all BDO member firms for the year ended 30 September 2020 totaled US$10.3 billion. In October 2018, BDO was announced as the winner of the Network of the Year award at the International Accounting Bulletin Awards 2018. BDO won the same award in 2015.

Each BDO member firm is an independent legal entity in its own country. The network, originally formed in 1963 as Binder Seidman International by firms from Canada, Germany, the Netherlands, the UK and the US, is coordinated by BDO Global Coordination B.V., with an office in Zaventem, Belgium. The name BDO, first devised in 1973, is an abbreviation for Binder Dijker Otte & Co. All BDO member firms changed their names to BDO in 2009.

In early 2012, it was reported that BDO had been expanding in China rapidly. It has 7,500-8,000 staff in mainland China and Hong Kong, making it the second-largest headcount after the US, where it employs 11,500. According to its global chairman, the Chinese headcount was likely to overtake that of the US in three to four years.

BDO Digital Job Search in US and Canada

6 jobs that prepare you for side hustle success
Kyle Young
This is what work will look like in 2030, and it isn’t pretty
Kyle Schnitzer
The 7 highest-paying entry-level jobs
Hailey Hudson
Ladders / Company / BDO Digital