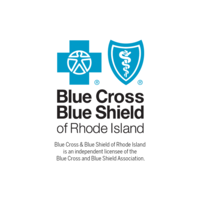 What are the highest paying jobs at Blue Cross Blue Shield of Rhode Island?