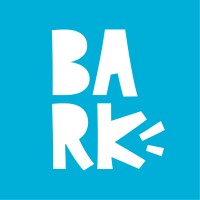 What are the highest paying jobs at Bark?

On December 17, 2020, Barkbox, Inc. and Northern Star Acquisition Corp., a publicly traded special purpose acquisition company, announced that they had entered into a definitive merger agreement. As a result of the transaction, which values the Company at an enterprise value of approximately $1.6 billion, BARK will become a publicly listed company on the New York Stock Exchange under the new ticker symbol, "BARK".

BARK launched BarkCam in early 2014, a photo sharing app which operates as an "Instagram for dogs" and their owners.

Bark Job Search in US and Canada

Top Jobs at Bark by City

Is this the worst job interview question? The internet seems to think so.
CW Headley
These are the 15 highest-paying psychology jobs
Hailey Hudson
6 jobs that prepare you for side hustle success
Kyle Young
Ladders / Company / Bark