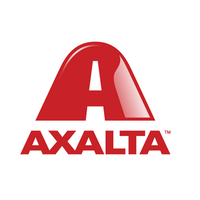 What are the highest paying jobs at Axalta Coating Systems?

Axalta Coating Systems, Ltd., also known as simply Axalta, is an American company specializing in coatings in a wide variety of industrial applications, materials and sectors, such as for example automotive paints.

The company is based in Philadelphia, PA, and incorporated in Bermuda. Axalta develops and manufactures coatings for light and commercial vehicles, industrial, and refinish applications. The firm does business in 130 countries, has nearly 13,000 employees, and has more than 100,000 customers.

Axalta traces its origins to the German firm Herberts Gmbh, which began in 1866 coating carriages before moving to automotive painting. Through later mergers the company became DuPont Performance Coatings, part of the American DuPont chemical empire, and was rebranded as Axalta Coating Systems after being purchased by The Carlyle Group in 2013. Axalta went public on the New York Stock Exchange in November 2014 and since then has become fully independent. Carlyle Group exited their last ownership stake in Axalta in 2015.

The company was the sponsor of four-time NASCAR champion Jeff Gordon and the No. 24 Hendrick Motorsports car, a relationship which dated back to Gordon's first NASCAR Cup Series race in 1992, and today is an executive assistant. Axalta currently sponsors William Byron in the No. 24 car.

Axalta Coating Systems Job Search in US and Canada