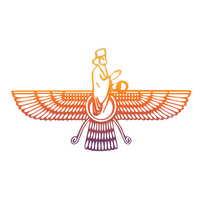 What are the highest paying jobs at Avesta Computer Services?

The original One World Trade Center was one of the Twin Towers of the original World Trade Center in New York City. It was completed in 1972, stood at a height of 417 metres, and was the tallest building in the world until 1973, when surpassed by the Sears Tower in Chicago. It was distinguishable from its twin, the original Two World Trade Center, also known as the South Tower, by the 110.3-metre telecommunications antenna on its roof. Including the antenna, the building stood at a total height of 1,728 feet. Other things that made the North Tower distinguishable from its twin was that there was a canopy connected to the North Tower's west facade on street level and there was two small pedestrian walkways that extended from the west and south promenades of Three and Six World Trade Center to the North Tower's north and south facades on plaza level, while the South Tower lacked any of those. The building's address was One World Trade Center, and the WTC complex had its own ZIP code due to its large size.

...with Avesta Computer Services and 1000s of other companies paying $100K+

Avesta Computer Services Job Search in US and Canada