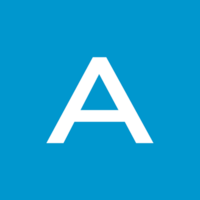 What are the highest paying jobs at Automattic?

Automattic Inc. is an American global distributed company which was founded in August 2005 and is most notable for WordPress.com, as well as its contributions to WordPress. The company's name is a play on founder Matt Mullenweg's first name.

Automattic raised US$617.3 million in six funding rounds. In the last round, in September 2019, the company was valued at US$3 billion.

The company had 1,273 employees as of September 2020. Its remote working culture was the topic of a participative journalism project by Scott Berkun, resulting in the 2013 book The Year Without Pants: WordPress.com and the Future of Work.

Automattic Job Search in US and Canada

Head of Marketing and Communications, WordPress.org

Top Jobs at Automattic by City

Use this thank you email after a phone interview to secure your next offer
Capitol Standard Staff
If you’re over 50, these are the industries that will be hiring the most
Kyle Schnitzer
Everything you need to know about becoming a lobbyist
Meredith Schneider
Ladders / Company / Automattic