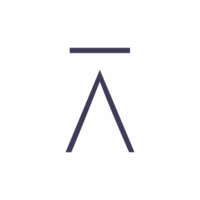 What are the highest paying jobs at Aura?

Aura Minerals Inc. is a multi-national mining company that owns and operates gold and copper mines in Honduras, Brazil and Mexico. The company is headquartered in the British Virgin Islands, operated from its corporate office in Florida and has its stocks traded on the Toronto Stock Exchange and BDR on the B3.

The company's producing assets include the San Andres gold mine in Honduras and the Ernesto/Pau-a-Pique gold mine in Brazil. On July 16, 2018, the company announced the results of the NI 43-101 Feasibility Study for the restart of operations at its Aranzazu mine in Zacatecas, Mexico. The company is conducting an exploration program at its Sao Francisco gold mine in Brazil to determine if a re-start of the mine is feasible. In addition, the company has two additional gold exploration projects in Brazil, Almas and Matupá, and one gold project in Colombia, Tolda Fria.

In Brazil, the company owns the Mineraç?o Apoena subsidiaries, which operates the S?o Francisco gold mine in Nova Lacerda, Mato Grosso.

Formerly Canadian Baldwin Holdings Limited, the company changed its name to Aura Gold, with former-Yamana Gold CEO Victor Bradley as its new CEO, and listed shares on the Toronto Stock Exchange in 2006 in order to pursue exploration of gold properties in Brazil. In 2016, the company re-located its corporate offices from Toronto to Miami, Florida and, re-incorporated under the BVI Business Companies Act with its headquarters in Road Town, British Virgin Islands.

Aura Job Search in US and Canada

Top Jobs at Aura by City

Everything you need to know about becoming a pathologist
Ashley Jones
Get paid to dream at work: This company will pay you to nap
Sara London
The average salary of a Chipotle general manager is $100K — and they’re hiring
Kyle Schnitzer
Ladders / Company / Aura