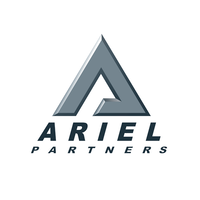 What are the highest paying jobs at Ariel Partners?

John Washington Rogers Jr. is an investor, philanthropist and founder of Ariel Capital Management, founded in 1983. He is chairman and CEO of the company, which is the United States' largest minority-run mutual fund firm. He has been a regular contributor to Forbes magazine for most of the last decade. Active in the 2008 Barack Obama presidential campaign, Rogers was a leader of the 2009 inauguration committee.

Rogers was appointed as the Board President of the Chicago Park District for six years in the 1990s. He has also been appointed as board member to several companies, as a leader of several organizations affiliated with his collegiate alma mater, and as a leader in youth education in his native Chicago. In 2007, Rogers was honored with the Woodrow Wilson Award from Princeton University for the breadth and depth of his service to many organizations. While a student at Princeton, he was captain of the 1979–80 Ivy League co-champion Princeton Tigers men's basketball team.

Ariel Partners Job Search in US and Canada

These are the 15 highest-paying psychology jobs
Hailey Hudson
6 jobs that prepare you for side hustle success
Kyle Young
This is what work will look like in 2030, and it isn’t pretty
Kyle Schnitzer
Ladders / Company / Ariel Partners