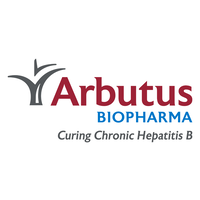 What are the highest paying jobs at Arbutus Biopharma Corporation?

Arbutus Biopharma Corporation is a publicly traded Canadian biopharmaceutical company with an expertise in liposomal drug delivery and RNA interference, and is developing drugs for hepatitis B infection.

It is headquartered in Vancouver, British Columbia and has research facilities in Warminster, Pennsylvania. The company was formerly known as Tekmira, which was spun out of Inex Pharmaceuticals in 2007.

Tekmira, as the company was formerly called, was formed as a wholly owned subsidiary of Inex Pharmaceuticals in 2005 after that company began collapsing after its regulatory and partnering strategy failed in 2004. Tekmira was fully spun out in 2007 and Tekmira absorbed the assets of Inex, which had been founded in 1992.

Inex had been developing liposomal formulations of off-patent cancer drugs, and licensed them to Talon Pharmaceuticals in 2005; Talon was acquired by Spectrum Pharmaceuticals in 2013, and three former Inex/Tekmira products reached the market and began generating royalties for Tekmira: Marqibo, Alocrest and Brakiva .

Inex had also acquired licenses to intellectual property, as well as staff and manufacturing facilities, concerning RNAi technology from Lynx Therapeutics in 1998;:10 this set of technologies became the focus for Tekmira and it initially sought to develop liposomally encapsulated RNAi drugs for a broad range of indications.

Arbutus Biopharma Corporation Job Search in US and Canada