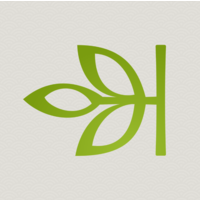 What are the highest paying jobs at Ancestry?

Ancestry.com LLC is a privately held online company based in Lehi, Utah. The largest for-profit genealogy company in the world, it operates a network of genealogical, historical records, and related genetic genealogy websites.

As of November 2018, the company claimed to provide access to approximately 10 billion historical records, to have 3 million paying subscribers, and to have sold 18 million DNA kits to customers. On August 6, 2020, The Blackstone Group announced plans to acquire the company in a deal valued at $4.7 billion.

Ancestry Job Search in US and Canada

Top Jobs at Ancestry by City

Is this the worst job interview question? The internet seems to think so.
CW Headley
These are the 15 highest-paying psychology jobs
Hailey Hudson
6 jobs that prepare you for side hustle success
Kyle Young
Ladders / Company / Ancestry