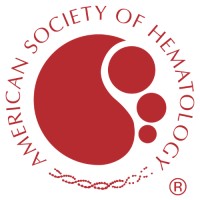 What are the highest paying jobs at American Society of Hematology?

The American Society of Hematology is a professional organization representing hematologists. It was founded in 1958. Its annual meeting is held in December of every year and has attracted more than 30,000 attendees. The society publishes the medical journal Blood, the most cited peer-reviewed publication in the field, which is available weekly in print and online, as well as the newly launched, online, peer-reviewed open-access journal,?Blood Advances.

The first official ASH meeting was held in Atlantic City, New Jersey, in April 1958. More than 300 hematologists met together to discuss the key research and clinical issues related to blood and blood diseases. Since the first gathering, ASH has been an important member in the development of hematology as a discipline. For more than six decades, ASH has sponsored its annual meeting. Today, ASH has more than 17,000 members, many of whom have made major advancements in understanding and treating blood diseases.

Held each year in December, the annual meeting brings together hematologists from around the world to discuss hematology. During the four-day meeting, several educational programs and scientific sessions are held. The annual meeting also features oral and poster presentations that are chosen by peer-reviewers from abstracts submitted prior to the meeting and contain developments in scientific research. Plenary symposia and named lectures on specialized areas of hematology are also presented throughout the meeting program. More than 21,000 clinicians, scientists, and others attend.
Total value of jobs:
$640,000
Average Pay:
$160,000

6 jobs that prepare you for side hustle success
Kyle Young
This is what work will look like in 2030, and it isn’t pretty
Kyle Schnitzer
The 7 highest-paying entry-level jobs
Hailey Hudson
Ladders / Company / American Society of Hematology