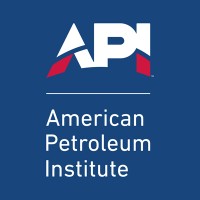 What are the highest paying jobs at American Petroleum Institute?

The American Petroleum Institute is the largest U.S. trade association for the oil and natural gas industry. It claims to represent nearly 600 corporations involved in production, refinement, distribution, and many other aspects of the petroleum industry.

The association describes its mission as to promote safety across the industry globally and influence public policy in support of a strong, viable U.S. oil and natural gas industry. API's chief functions on behalf of the industry include advocacy, negotiation and lobbying with governmental, legal, and regulatory agencies; research into economic, toxicological, and environmental effects; establishment and certification of industry standards; and education outreach. API both funds and conducts research related to many aspects of the petroleum industry. It has aggressively promoted climate change denial and acted against proposed mitigation measures since 1980. Over time, API has incrementally retreated on the existence, attribution, and severity of the issue as public opinion and political pressure made it less tenable to reject the scientific consensus outright.
Total value of jobs:
$2,200,000
Total Jobs:
7
Average Pay:
$157,142
Total Experts:
3
% Masters:
54%

American Petroleum Institute Job Search in US and Canada

Do personality tests make it harder to hire the right person?
Sara London
19 examples of STAR interview questions (plus how to answer them using STAR method)
Jennifer Fabiano
Is this the worst job interview question? The internet seems to think so.
CW Headley
Ladders / Company / American Petroleum Institute