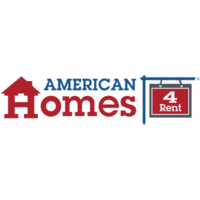 What are the highest paying jobs at American Homes 4 Rent?

American Homes 4 Rent is a real estate investment trust based in Calabasas, California that invests in single-family rental homes. As of December 31, 2019, the company owned 52,552 homes in 22 states. Its largest concentrations are in Atlanta, Dallas-Fort Worth, and Charlotte, North Carolina.

The company was established in October 2012 by B. Wayne Hughes, the founder of Public Storage. It was one of the first large public companies to begin investing heavily in single-family homes, following the entry of The Blackstone Group into the field in 2012. Early funding for the company included a $600 million investment from the Alaska Permanent Fund.

In August 2013, the company became a public company via an initial public offering.

In March 2016, the company merged with American Residential Properties, Inc.

American Homes 4 Rent Job Search in US and Canada

America falls way short, adds fewer jobs than expected in April
Kyle Schnitzer
Everything you need to know about becoming a dermatologist
Ashley Jones
These US cities will pay up to $20,000 for you to relocate—but there’s always a catch
Benjamin Lorber
Ladders / Company / American Homes 4 Rent