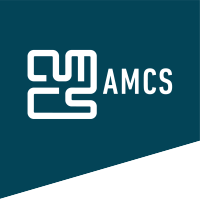 What are the highest paying jobs at AMCS Group?

The company is listed on the New York Stock Exchange; from 2012 to 2018, the Chinese conglomerate Wanda Group owned a majority stake in the company. Private equity firm Silver Lake Partners made a $600 million investment in AMC in September 2018, but the voting power of AMC shares is structured in such a way that Wanda Group still controlled the majority of AMC's board of directors.

Amid financial downturns caused by the COVID-19 pandemic, in January 2021 Wanda's ownership was increasingly diluted due to new financing by AMC, and Silver Lake converting its $600 million debt holding to equity after a short squeeze. In early-February 2021, Wanda converted its Class B shares to Class A shares, thus reducing its voting power.
Total value of jobs:
$610,000
Total Jobs:
7
Average Pay:
$101,666
% Masters:
29%

AMCS Group Job Search in US and Canada

Have you been the victim of 1 of these 7 cases of wrongful termination?
AnnaMarie Houlis
The job market is looking shockingly good for the Class of 2021
CW Headley
These are the 50 best companies in the world to work for right now
Kyle Schnitzer
Ladders / Company / AMCS Group