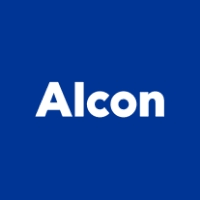 What are the highest paying jobs at Alcon?

Alcon is an American-Swiss medical company specializing in eye care products with headquarters in Geneva, Switzerland, and incorporated in Fribourg, Switzerland. Alcon's American headquarters are located in Fort Worth, Texas. Alcon was a subsidiary of Novartis until April 9, 2019 when the company completed a shareholder approved 100% spinoff of Alcon eye care devices business from Novartis.

Alcon was founded in 1945 in Fort Worth, Texas, USA. The company started as a small pharmacy in Fort Worth and was named for its founders, pharmacists Robert Alexander and William Conner. Conner and Alexander focused on sterile ophthalmic products.

Nestlé of Switzerland purchased Alcon in 1977. Alcon expanded its manufacturing capability with new plants in South America and Europe and drastically increased its investment in research.

In 1984, Alcon founded the Technical Excellence Award to promote achievements in R&D excellence and has awarded it to more than 100 recipients. The Alcon product line has expanded from pharmaceuticals to the surgical arena. Today, Alcon has operations in 75 countries and their products are sold in over 180 countries.

Nestlé conducted an initial public offering of 25% of its stake in Alcon in 2002. The stock is traded under the ticker symbol ALC. In July 2008, Novartis purchased approximately 25% of Nestlé's stake in Alcon, with an option to buy Nestlé's remaining shares beginning in 2010. Novartis bought 52% stake from Nestlé for $28.1 Billion. This deal brought the total ownership of Alcon by Novartis to 77%. Beginning January 2010 Novartis formally announced it will be completing the exercise options for finishing purchasing the rest of Alcon and then promptly continue to exercise merger and takeover of Alcon.

Alcon Job Search in US and Canada

Top Jobs at Alcon by City

Everything you need to know about becoming a dermatologist
Ashley Jones
These US cities will pay up to $20,000 for you to relocate—but there’s always a catch
Benjamin Lorber
A guide to using social media to your advantage when job hunting
Sarah Dillon
Ladders / Company / Alcon