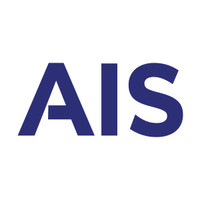 What are the highest paying jobs at AIS?

Advanced Info Service Public Company Limited is Thailand's largest GSM mobile phone operator with 39.87 million customers as of Q3 2016. Founded in April 1986, AIS started off as a computer rental business. In October 1990, it launched analog 900 MHz mobile phone services with a 20-year monopoly concession from the Telephone Organization of Thailand, and later became the first company allowed to operate on the GSM-900 frequency. It acquired Shinawatra Paging in June 1992.

The company is controlled by the Intouch Holdings, headed by Temasek Holdings, a Singapore government-owned agency. AIS listed on the Stock Exchange of Thailand on 5 November 1991 . As of 23 December 2011, Intouch holds 40.45 percent of the shares of the company and Singapore Telecommunications together with Thai Trust Fund and OCBC Nominees holds a 23.32 percent stake.

Temasek bought the AIS brand through the 2006 acquisition of the Shin Corporation from ousted former Prime Minister Thaksin Shinawatra.

In February 2014, in a conflict between the People's Democratic Reform Committee and Shinawatra, the PDRC called for a boycott of AIS, wrongly believing it to be owned by the Shinawatra family.

AIS Job Search in US and Canada

Top Jobs at AIS by City

8 high paying remote jobs you can get right now (and how to get hired there)
Sara London
7 ways to manage the effects of job search fatigue
Rolf Bax
Have you been the victim of 1 of these 7 cases of wrongful termination?
AnnaMarie Houlis
Ladders / Company / AIS