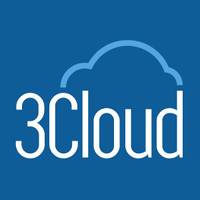 What are the highest paying jobs at 3Cloud?

3M made $32.8 billion in total sales in 2018, and ranked number 95 in the Fortune 500 list of the largest United States corporations by total revenue. As of 2018, the company had approximately 93,500 employees, and had operations in more than 70 countries.

In 2016, a complaint was filed against 3M for knowingly selling defective earplugs issued to military personnel deployed to Iraq and Afghanistan. These earplugs may have caused permanent hearing damage. 3M paid a $9.1 million settlement to the U.S. government.

3Cloud Job Search in US and Canada

Top Jobs at 3Cloud by City

How to answer “What’s your desired salary?” (with 8 best responses)
Jessica Li
You have a “great” job offer… now what?
Kayla Duperreault
Do personality tests make it harder to hire the right person?
Sara London
Ladders / Company / 3Cloud