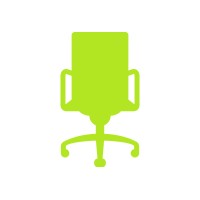 What are the highest paying jobs at ZipRecruiter?

ZipRecruiter is an American employment marketplace for job seekers and employers.

The company is headquartered in Santa Monica, California with offices in Tempe, AZ; London, UK and Tel Aviv, Israel.

ZipRecruiter was founded in 2010 by Ian Siegel, Joe Edmonds, Ward Poulos and Will Redd.

As the company started growing, they opened a "top" data scientist staffed R&D center in Israel focusing on "high-level" algorithmic work, and in response to a perception of wide-spread AI stumbling adoption for companies at large in 2018, revealed they had developed an AI algorithm to increase the accuracy of their job seekers/employers matches successfully.

In 2017, Facebook also partnered with the company and integrated ZipRecruiter into its platform.

In 2018, the company reported that over 1.5 million businesses and 430 million job seekers used its platform.

In December 2018, the company's users' names and email addresses were exposed in a data breach. ZipRecruiter claimed that they were able to fix it within 90 minutes after the technical glitch was reported.

ZipRecruiter delayed raising venture capital until 2014, when the company's first round of financing of $63 million was led by IVP.

In October 2018, the company raised $156 million for its online employment marketplace, which brought its total funding to $219 million. Blake Irving, Cipora Herman, and Emilie Choi were added as new members to its board. The October 2018 raise was at a valuation of $1 billion.

ZipRecruiter Job Search in US and Canada

Top Jobs at ZipRecruiter by City

Everything you need to know about becoming a dermatologist
Ashley Jones
These US cities will pay up to $20,000 for you to relocate—but there’s always a catch
Benjamin Lorber
A guide to using social media to your advantage when job hunting
Sarah Dillon
Ladders / Company / ZipRecruiter