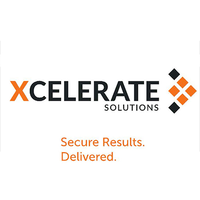 What are the highest paying jobs at XCelerate Solutions?

In 2013, Celerity acquired 3PC Media, a digital agency based in Pittsburgh, Pennsylvania.

In 2015, Celerity was acquired by the French firm, AUSY.

In 2007, Celerity was listed as #143 in Inc. Magazine’s Fortune 500 List of Fastest Growing Private Companies.

In 2014, Celerity's work on the National Geographic website won a Nielsen Norman Award for Best Intranet Design and a 2014 Ektron Site of the Year award for the Intranet category.

In 2012, founding CEO Michael Berkman was an Ernst & Young Entrepreneur of the Year Award Finalist for the Greater Washington Area.

In 2015, Celerity's work on the Association of American Medical Colleges website won gold in the 2015 Horizon Interactive Awards in three categories: advocacy, health, and university. The site also won gold at the 2016 AVA Digital Awards.

XCelerate Solutions Job Search in US and Canada

6 jobs that prepare you for side hustle success
Kyle Young
This is what work will look like in 2030, and it isn’t pretty
Kyle Schnitzer
The 7 highest-paying entry-level jobs
Hailey Hudson
Ladders / Company / XCelerate Solutions