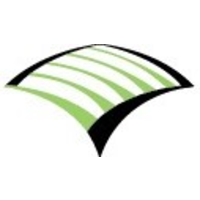 What are the highest paying jobs at Wood Rodgers?

Armstrong World Industries, Inc. is a Pennsylvania corporation incorporated in 1891. It is an international designer and manufacturer of walls and ceilings. Based in Lancaster, Pennsylvania, AWI has a global manufacturing network of 26 facilities, including nine plants dedicated to its WAVE joint venture. In 2011, Armstrong's net sales were $2.86 billion, with operating income of $239.2 million.

Wood Rodgers Job Search in US and Canada