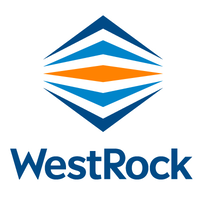 What are the highest paying jobs at WestRock?

In April 2017, WestRock completed the sale of its dispensing systems operations for $1.025 billion to Silgan Holdings.

In June 2017, the company acquired Multi Packaging Solutions International for an enterprise value of $2.28 billion. MPS has 59 locations across North America, Europe, and Asia and will enhance Westrock's print, graphics, and design capabilities for more penetration in spirits, confectionery, beauty and cosmetics packaging.

WestRock Job Search in US and Canada

Top Jobs at WestRock by City

8 high paying remote jobs you can get right now (and how to get hired there)
Sara London
7 ways to manage the effects of job search fatigue
Rolf Bax
Have you been the victim of 1 of these 7 cases of wrongful termination?
AnnaMarie Houlis
Ladders / Company / WestRock