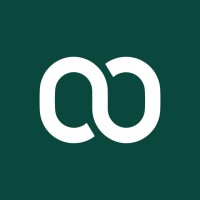 What are the highest paying jobs at Weave?

weave is a French company which provides operational strategy consulting services. In 2011, weave became the first French consulting firm to obtain European Foundation for Quality Management recognition. Weave is also a member of the French Association for Management Progress as well as the Syntec Federation.

Didier Rousseau founded weave in 2001 to provide consulting services in operational strategy, focusing on the manufacturing industry and the food sector. The same year, weave launched its first subsidiary, Airmis, offering management and IT consultancy. In the year of its launch in 2001, weave experienced rapid growth. That year, the firm also launched its dedicated Energy Industry Services department. In 2002 weave developed a Business Technology offering.

The arrival of Eric Delannoy and Alexandre Meyer in 2005 led to the launch of a portfolio of solutions for the banking & insurance sector.

In 2006 weave created a subsidiary, WHumanRessources, offering recruiting services. Company acquire O2 France, a French sustainable development and eco-design consultancy, and also to set up AIR, in conjunction with Catherine Ronge, one of the firm's original founders.

In 2011, weave became the first French consulting firm to obtain EFQM recognition, achieving the highest level: Recognized for Excellence 5 star. This award was renewed in 2015.

Weave Job Search in US and Canada

Top Jobs at Weave by City

These are the 15 highest-paying psychology jobs
Hailey Hudson
6 jobs that prepare you for side hustle success
Kyle Young
This is what work will look like in 2030, and it isn’t pretty
Kyle Schnitzer
Ladders / Company / Weave