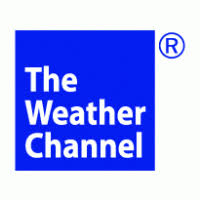 What are the highest paying jobs at The Weather Channel?

The Weather Channel is an American pay television channel owned by Weather Group, LLC, a subsidiary of Allen Media Group. The channel's headquarters are in Atlanta, Georgia. Launched on May 2, 1982, the channel broadcasts weather forecasts and weather-related news and analysis, along with documentaries and entertainment programming related to weather. A sister network, Weatherscan, is a digital cable and satellite service that offers 24-hour automated local forecasts and radar imagery. The Weather Channel also produces outsourced weathercasts, notably for RFD-TV.

As of September 2018, the Weather Channel was received by approximately 79.128 million households that subscribe to a pay television service throughout the United States.

Top Experts at The Weather Channel

America falls way short, adds fewer jobs than expected in April
Kyle Schnitzer
Everything you need to know about becoming a dermatologist
Ashley Jones
These US cities will pay up to $20,000 for you to relocate—but there’s always a catch
Benjamin Lorber
Ladders / Company / The Weather Channel