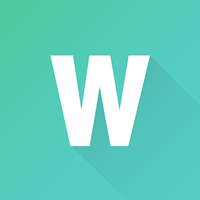 What are the highest paying jobs at WalletHub?

WalletHub is a personal finance website that was launched in early August 2013. It is based in Washington, D.C. and owned by Evolution Finance, Inc.

According to Web reports, WalletHub initially positioned itself as a “personal finance social network” with a focus on reviews for financial advisors.

WalletHub offers free consumer tools, such as its WalletLiteracy Quiz and its Financial Fitness Tool, which provides users with credit reports, scores and monitoring. The company also successfully overcame a public trademark dispute with Major League Baseball, brought on behalf of the Washington Nationals and Chicago Cubs.
Total value of jobs:
$170,000
Average Pay:
$170,000

What jobs can you get with a business degree?
Kattie Thorndyke
How to answer “What’s your desired salary?” (with 8 best responses)
Jessica Li
You have a “great” job offer… now what?
Kayla Duperreault
Ladders / Company / WalletHub