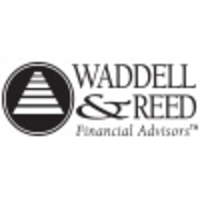 What are the highest paying jobs at Waddell & Reed Financial, Inc?

The company traces its history to September 3, 1937 when it was founded by Chauncey Waddell and Cameron Reed. The company was one of the first to sell funds following the Investment Company Act of 1940. Two of its funds—United Income Fund and United Accumulative Fund—were among the first mutual funds in the United States. Its first offices were in department stores. Continental Investment Corporation of Boston bought Waddell & Reed for $82.5 million in 1969. Liberty National Insurance Holding Company, later renamed Torchmark Corporation acquired it for $160 million in 1981. Torchmark spun it off in 1998 in a deal where for 10 Torchmark shares held, Torchmark shareholders received 3 shares of Waddell & Reed.

In 2021, the company announced its sale to the asset management division of Macquarie Group.