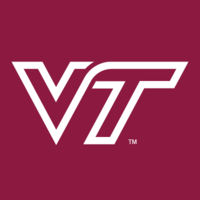 What are the highest paying jobs at Virginia Tech?

Virginia Tech is a public land-grant research university with its main campus in Blacksburg, Virginia. It also has educational facilities in six regions statewide, a research center in Punta Cana, Dominican Republic, and a study-abroad site in Riva San Vitale, Switzerland. Through its Corps of Cadets ROTC program, Virginia Tech is a senior military college.

Virginia Tech offers 280 undergraduate and graduate degree programs to some 34,400 students. It manages a research portfolio of $522 million, placing it among the top 50 universities in the U.S. for total research expenditures, and top 10 in engineering. It is classified among "R1: Doctoral Universities – Very high research activity". Virginia Tech is the state's second-largest public university by enrollment.

VT has produced two Rhodes Scholars, four Marshall Scholars, 38 Goldwater Scholars, and 280 Fulbright Scholars. Among its alumni are eight Medal of Honor recipients, 97 flag officers, two US state governors, two astronauts, and one billionaire. Three Nobel laureates and one MacArthur Fellow have received a degree or served as faculty members at the university. As of 2015, VT had more than 240,000 living alumni worldwide.

The university's athletic teams are known as the Virginia Tech Hokies and compete in Division I of the NCAA as members of the Atlantic Coast Conference.
Total value of jobs:
$6,060,000
Average Pay:
$84,166
Total Experts:
6
% Masters:
63%

19 examples of STAR interview questions (plus how to answer them using STAR method)
Jennifer Fabiano
Is this the worst job interview question? The internet seems to think so.
CW Headley
These are the 15 highest-paying psychology jobs
Hailey Hudson
Ladders / Company / Virginia Tech