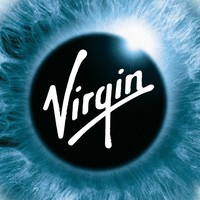 What are the highest paying jobs at Virgin Galactic?

Virgin Galactic's founder, Richard Branson, had originally hoped to see a maiden flight by the end of 2009, but the date was delayed for several years, most seriously by the October 2014 in-flight crash of VSS Enterprise. As of 2020, the first passenger flight was planned for no earlier than May 2021.

The company did the early work on the satellite launch development of LauncherOne before this was hived off to a separate company Virgin Orbit in 2017. The company also has aspirations for suborbital transport and in 2017, Branson has said that Virgin Galactic was "in the best position in the world" to provide rocket-powered, point-to-point 3,000 mph air travel.

On 13 December 2018, VSS Unity achieved the project's first suborbital space flight, VSS Unity VP-03, with two pilots, reaching an altitude of 82.7 kilometres, and officially entering outer space by US standards. In February 2019, the project carried three people, including a passenger, on VSS Unity VF-01, with a member of the team floating within the cabin during a spaceflight that reached 89.9 kilometres.

Virgin Galactic Job Search in US and Canada