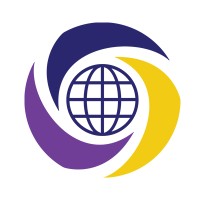 What are the highest paying jobs at Viatris Inc.?

Viatris Inc. is an American-based global healthcare company formed through the merger of Mylan and Upjohn on November 16, 2020.

The name comes from the Latin words via, meaning path, and tris, which means three, referring to the path to three main objectives the company set.

The company produces and sells different types of medicines: brands, generics, including branded and complex generics, biosimilars, and over-the-counter drugs and active pharmaceutical ingredients. They belong to a wide range of therapeutic areas, such as cardiovascular, infectious disease, oncology, immunology, CNS and anesthesia, women's healthcare, diabetes and metabolism, gastroenterology, respiratory and allergy, and dermatology.

The following is an illustration of the company's major mergers and acquisitions and historical predecessors:

Viatris Inc.•Etobicoke, ON M8V 1A1

Viatris Inc. Job Search in US and Canada

Viatris Inc.•Etobicoke, ON M8V 1A1

View All Etobicoke, ON Jobs

Have you been the victim of 1 of these 7 cases of wrongful termination?
AnnaMarie Houlis
The job market is looking shockingly good for the Class of 2021
CW Headley
These are the 50 best companies in the world to work for right now
Kyle Schnitzer
Ladders / Company / Viatris Inc.