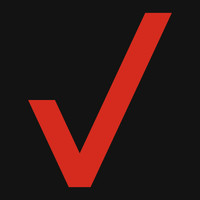 What are the highest paying jobs at Verizon Communications?

Verizon Communications Inc. is an American multinational telecommunications conglomerate and a corporate component of the Dow Jones Industrial Average. The company is headquartered at 1095 Avenue of the Americas in Midtown Manhattan, New York City, but is incorporated in Delaware.

In 1984, the United States Department of Justice mandated AT&T Corporation to break up the Bell System into seven companies, each a Regional Bell Operating Company, commonly referred to as "Baby Bells". Bell Atlantic, one of the Baby Bells, came into existence the same year, consisting of the separate operating companies New Jersey Bell, Bell of Pennsylvania, Diamond State Telephone, and C&P Telephone, with a trading area from New Jersey to Virginia.

Verizon Communications Job Search in US and Canada

Get paid to dream at work: This company will pay you to nap
Sara London
The average salary of a Chipotle general manager is $100K — and they’re hiring
Kyle Schnitzer
Amazon is now hiring 75K workers — and offering some $1K bonuses
Kyle Schnitzer
Ladders / Company / Verizon Communications